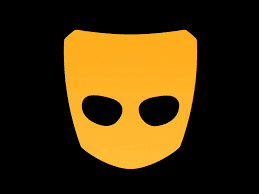 As we approach a new year, and people start making resolutions, I have a confession to make: I’m a Grindr-holic.

There, I’ve said it. (I’ve already broken the first rule of Grindr: don’t talk about Grindr.)

There are several reasons why I’m a Grindr-holic, and not all of them have to do with sex.

First of all, it’s a boredom-killer. What better way to kill time while you’re waiting for the subway (or on line at Whole Foods) than to scroll through a bunch of naked pics. Just make sure nobody’s looking over your shoulder or they may catch you looking at (or sending) a dick pic. (It might even be yours!)

I’ve even incorporated Grindr into what I call my “15 minutes of bullshit time.” That’s where I look at my phone for 15 minutes when I wake up in the morning (Grindr, email, Facebook, etc.) in order to postpone the inevitable moment when I actually have to get out of bed.

Then there’s the endorphin rush endemic to all forms of social media (in which I’d include Grindr). Having someone “tap” your profile on Grindr is like having someone “like” your post on Facebook. And just as meaningless.

That’s because with eight million residents and 60 million tourists a year in New York City, the illusion is that there’s always someone better. I’ve dubbed this phenomenon “There’s Always Someone Better Syndrome.”

Sometimes you just want some physical intimacy (especially after two years of Covid) and Grindr is the only way you can get it.

And sometimes you’re just (all together now!) bored.

Which leads me to some other rules about Grindr.

Rule Number 2. If you don’t hook up with someone immediately, it’s not happening. (And forget about making a “date.”) That’s because most gay men (OK, most men) have the attention span of a gnat. If there’s the slightest hesitation on your part, you’ll be blocked. And that’s another thing about Grindr (and other social media). Guys will say (and do) things to you on Grindr that they’ll never say (or do) to you “in real life.” That’s why I try to avoid guys under 30 (hell, guys under 50!). Because most of them haven’t had much experience with, you know, “real life.”

Rule Number 3. It’s rare to have sex with someone more than once (see “There’s Always Someone Better Syndrome”). It’s not even worth using Grindr’s “favorites” feature, because as soon as your hookup (or you) is out the door, you’ll never see each other again. That’s why I sometimes refer to Grindr as “oneanddone.com.”

The good thing about Grindr (if there is a good thing) is that it’s location-based and its GPS is fairly accurate, unlike Adam4Adam, which seems to consist mostly of closet cases, hustlers and, best of all, fake profiles. (There’s an awful lot of gay men in Cheney, Kansas! And they’re all “100 feet away”!)

The bad thing about it being location-based is that I seem to have “used up” all the gay men in my neighborhood. Now if I want to get laid, I have to move!

But as a famous comedian (OK, me) once said, why should I pay $19.99 per month when I can get rejected for free?

Posted by thegaycurmudgeon at 7:21 PM