This Is 60: A Meditation on Fire Island and Other Matters of Great Importance

Nevertheless, as I enter my seventh decade, I’ve been taking stock.

I realize that there is more time behind me than there is in front of me, as the saying goes. I’m not “old,” (I don’t feel old and I don’t think I look old, either), but I can no longer claim to be young, either. And that’s a serious liability in our youth-obsessed culture.

Part of this is a reckoning with what our society defines as success.

I’ve always felt like our society has an unhealthy relationship with success. Success is often defined by money and fame. But when I think about the people who’ve had the most influence on my life, they are neither rich nor famous.

I’ve gotten to the point where I’ve decided that if I continue to do comedy (or write, or act, or sing), it’s going to be for the love of doing it, not for the expectation that I’ll become rich or famous.

Art is what defines me, it’s what feeds my soul, and I think it’s one of the few things that separates humans from animals.

But as much as I enjoy doing stand-up comedy, what I really enjoy is the social aspect of it. Comedians are my people. They “get” me, and I “get” them. And in a world where it’s become increasingly difficult to make connections, stand-up comedy has provided me with a community of people I never would have known otherwise. In addition to being funny, they’re also supportive and, in their own way, loving.

And here’s the thing. I personally know about 1,000 comedians just in New York City. Most of them are funny. None of them are famous and almost none of them make any money doing stand-up comedy. They do it for the same reason I do: they love doing it.

Why does success destroy so many people? Why do we take pleasure in others’ pain, particularly the pain of famous people?

On the other hand, when I think of the things I’ve had to do just to pay my rent, it can make me cry, even if I sometimes try to rationalize some of my jobs as “acting exercises.”

I’ve spent my entire life working just to pay my bills. I often wonder what my life would have been like if I had just been born rich.

I sometimes think that in order to go into a creative field you either have to be very rich or very poor.

I recently started a new career in real estate for two reasons. 1. Companies aren’t hiring people over 50 2. I’m tired of want ads and HR bullshit. (Ironically, companies have finally figured out, post-pandemic, that they’ve been doing things wrong, and now they’re having trouble hiring people.) Our ageist society tells people that once they hit 50 they’re no longer useful. Our president is 78 and I’d like to think that at least part of the reason he was elected because of his experience.

So far, I’ve been making poverty-level money. But just this weekend, landlords raised the fee they charge back to normal, pre-pandemic levels. And my “team” was granted exclusive rights to represent a building on the Upper East Side. Which leads me to Fire Island.

I needed a break. I had reached my limit. And I was determined not to spend my 60th birthday working.

It’s funny how we try to construct our own narrative.

I’m a creature of habit because it creates the illusion that we live in an ordered universe and that it’s not just a random series of events.

After coming to Fire Island since 1986, I’ve learned how to compress my Fire Island vacation into one day: walk on the beach, go swimming, have sex, eat out. I have it down to a science: lunch at Sand Castle, dinner at Island Breeze, breakfast at Floyd’s, Hedda Lettuce at Cherry’s.

But I can’t help thinking, how many Fire Island vacations do I have left?

My back started hurting me the day before I left for Fire Island and I started thinking, “Is this how I’m going to die?” You start having those kinds of thoughts when you get to be my age.

Andrew Holleran had a book of short stories called In September the Light Changes, which was the follow up to his Fire Island novel, Dancer from the Dance. I always thought that was a great title.

And so I choose to believe the glass is half full rather than half empty. I refuse to be a victim.

And I recognize that there will be challenges. (The Belvedere was sold out, I couldn’t charge my phone and my hotel room couldn’t get wifi.)

Happy birthday to me. 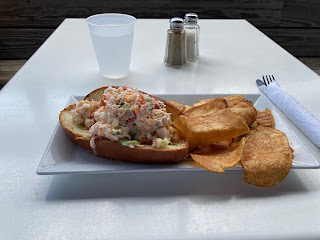 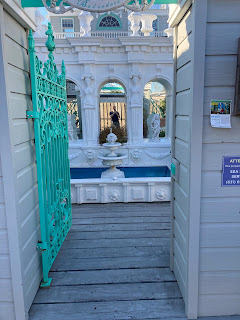 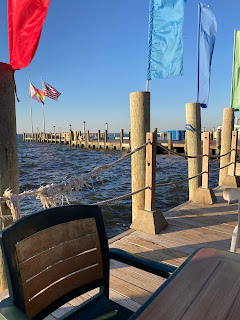 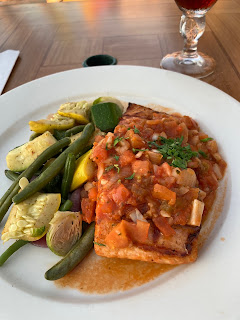 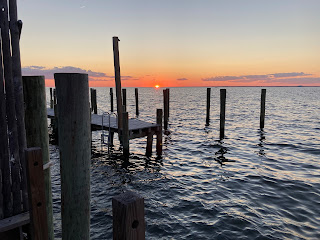 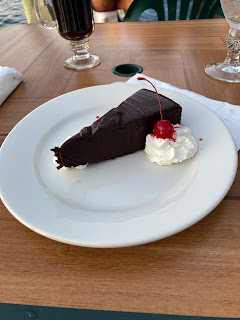 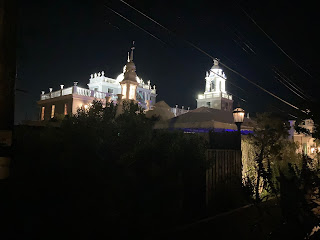 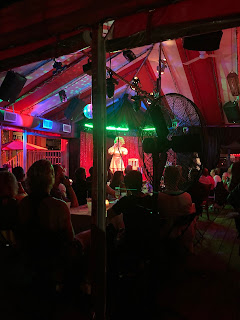 Posted by thegaycurmudgeon at 11:37 AM